It is the place where Moses was buried and the most revered holy site in Jordan. When atop this mountain, one can see, as Moses did, the vast panorama that encompasses the Jordan River Valley, the Dead Sea, Jericho, and Jerusalem, often referred to as the Holy Land. It remains a place of pilgrimage for early Christians and Mount Nebo’s first church was built in the late 4th century to mark the site of Moses’ death.

Mount Nebo became a place of pilgrimage for early Christians from Jerusalem and a small church was built there in the 4th century to commemorate the end of Moses’ life. Some of the stones from that church remain in their original place in the wall around the apse area. The church was subsequently expanded in the 5th and 6th centuries into the present day large basilica with its stunning collection of Byzantine mosaics.

The Serpentine Cross, which stands just outside the sanctuary, is symbolic of the bronze (or brazen) serpent taken by Moses into the desert and the cross upon which Jesus was crucified. During the exodus, God instructed Moses to erect a bronze serpent on a pole to stop a plague he had sent to kill the rebellious Israelites. All who looked up at the serpent were spared death.

The curative serpent wrapped around a pole would later become the symbol of the pharmaceutical industry. The raised serpent would also be recalled in the New Testament as a precursor to the lifting of Jesus on the cross – giving life to all who looked up to the raised figure. 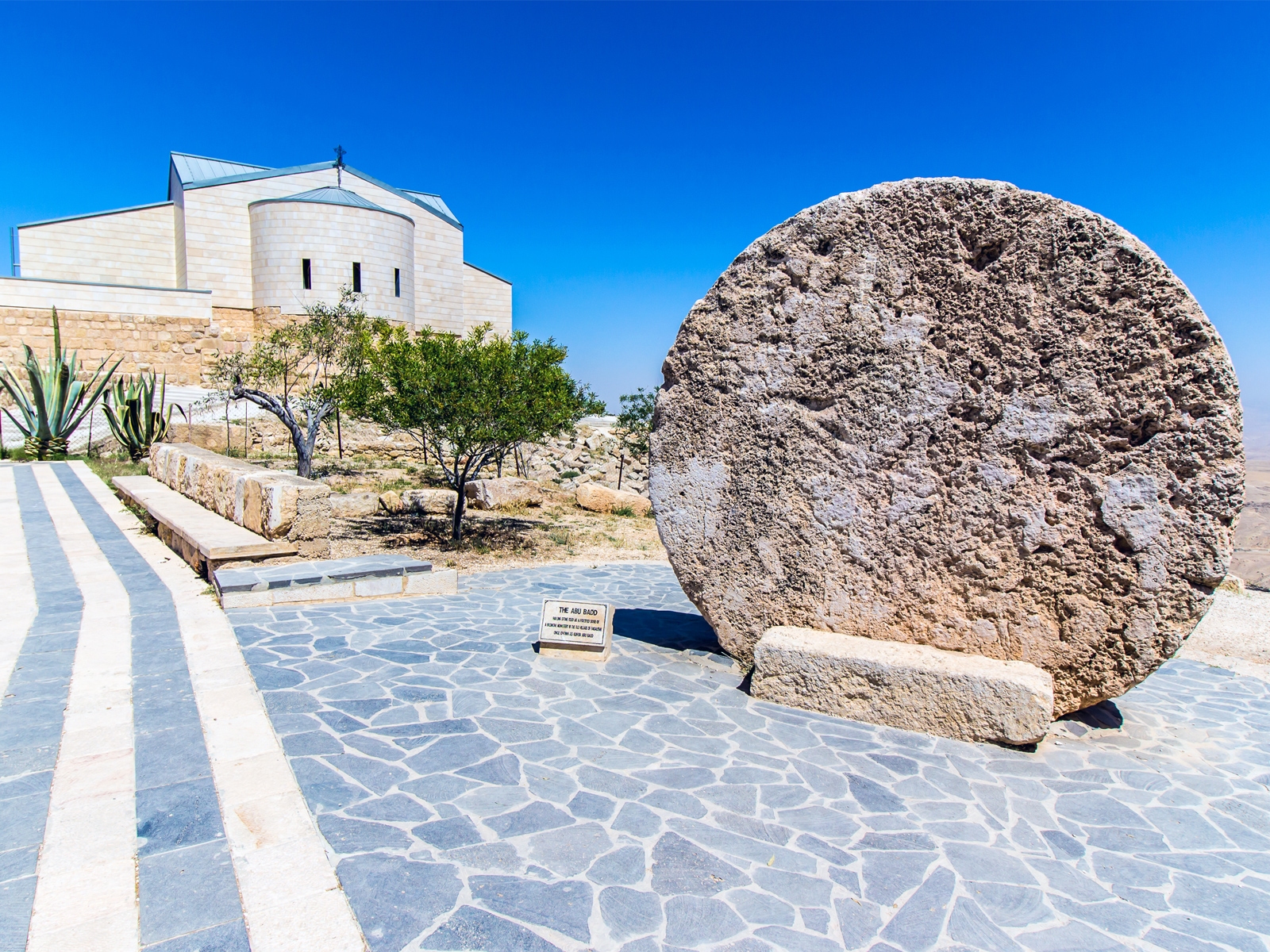 Take the Airport Highway directly to Madaba. Road signs will lead you westward from Madaba to Mount Nebo which is 10 minutes away.