Madaba is one of the most memorable places in the Holy Land. Dubbed, “the City of Mosaics”, Madaba offers many sites to explore. Amongst them the chief attraction - in the contemporary Greek Orthodox church of St. George - is a wonderfully vivid, 6th century Byzantine mosaic map showing Jerusalem and other holy sites.

With two million pieces of colored stone, and a full 25x5 meters in its original state - most of which can still be seen today - the map depicts hills and valleys, villages and towns, as far away as the Nile Delta. This masterpiece is unrivalled in Jordan, but there are literally dozens of other mosaics from the 5th through the 7th centuries scattered throughout Madaba’s churches and homes.

In line with Jordan’s commitment to restoring and preserving its mosaic masterpieces, Madaba’s extensive archaeological park and museum complex encompasses the remains of several Byzantine churches, including the outstanding mosaics of the Church of the Virgin and the Hippolytus Hall, part of a 6th century mansion.

Some of the finest art of the early Christian centuries can still be seen in Madaba city and its surrounding regions in central Jordan. Between the 4th and 7th centuries AD, the prosperous ecclesiastical center of Madaba produced one of the world’s finest collections of Byzantine mosaics, many fine examples of which are well preserved.

Several church floor mosaics can be seen in their original locations, while others have been moved for protection and displayed in The Madaba Archaeological Park. The Park houses Jordan’s oldest mosaic - a 1st century BC floor from the Herodian Palace at Machaerus. 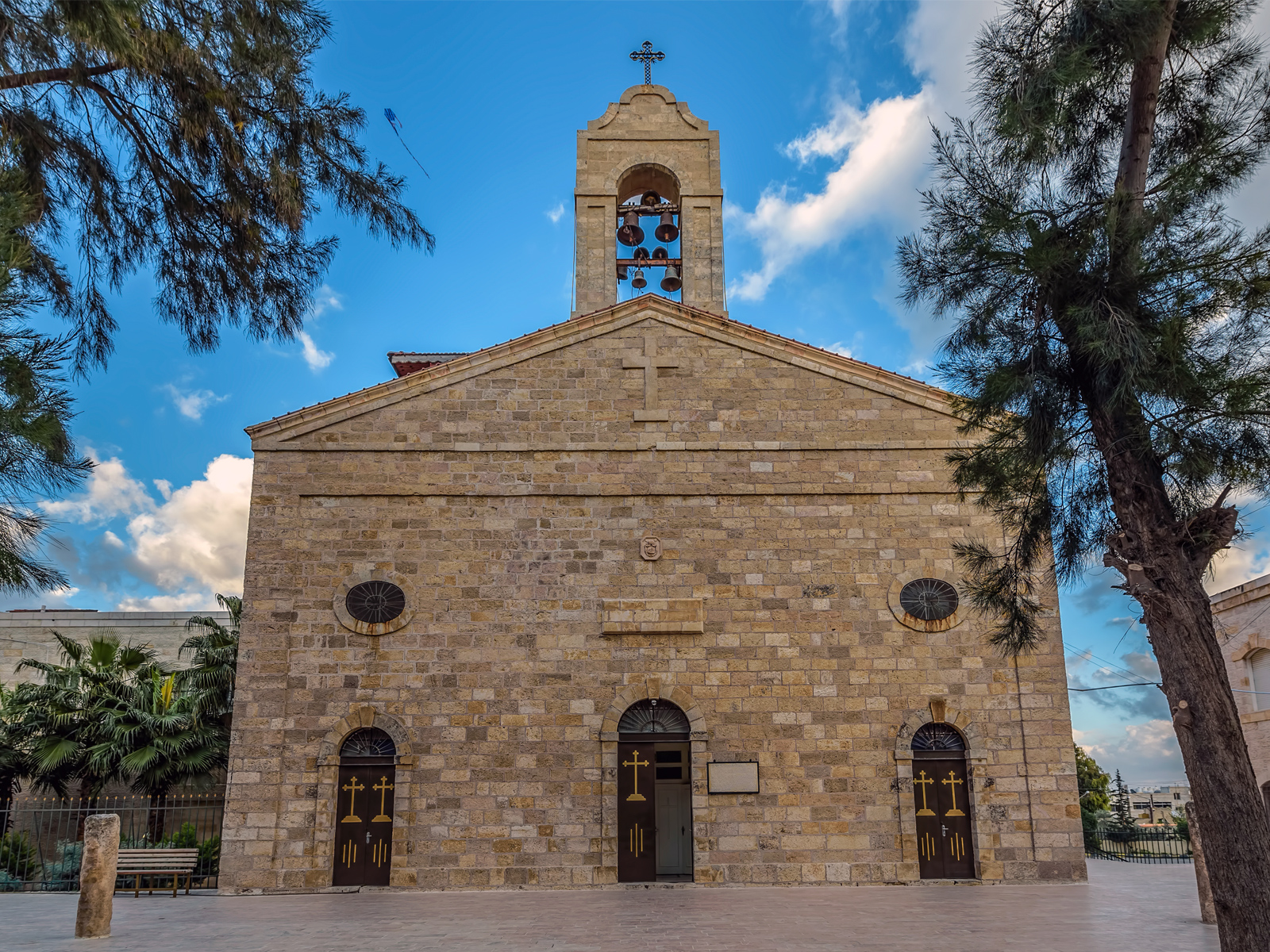 The Greek Orthodox Church of St. George in Madaba

Close to the archaeological park is the Mosaic School of Madaba, which operates under the patronage of the Ministry of Tourism. The only project of its kind in the Middle East, the school trains artisans in the art of making, repairing and restoring mosaics.

Take the Airport Highway south of Amman. After about 20 km, turn westward following the signs. Madaba is 45 minutes away from Amman.