Whether you approach Kerak from the ancient Kings’ Highway to the east or from the Dead Sea to the west, the striking silhouette of this fortified town and castle will instantly make one understand why the fates of kings and nations were decided here for millennia. An ancient Crusader stronghold, Kerak sits 900 meters above sea level and lies inside the walls of the old city. The city today continues to boast a number of restored 19th century Ottoman buildings, restaurants, places to stay, and the like.

But, it is undoubtedly Kerak Castle which dominates. Kerak’s most famous occupant was Reynald de Chatillon, whose reputation for treachery, betrayal and brutality is unsurpassed. When Baldwin II died, his son, a 13-year-old leper, pursued peace with Saladin, the great Muslim general.

The Leper King, however, died without an heir, and in stepped Reynald, who succeeded in winning the hand of Stephanie, the wealthy widow of Kerak’s assassinated regent.

He promptly broke the truce with Saladin, who returned with a vast army, ready for war. Reynald and King Guy of Jerusalem led the Crusader forces and suffered a massive defeat.

Many of Prophet Mohammad’s (pbuh) companions and military leaders were martyred and buried in Jordan, and their tombs and shrines today are important destinations for pious Muslims such as Al-Mazar Al-Janubi, just 25 minutes south of Kerak. 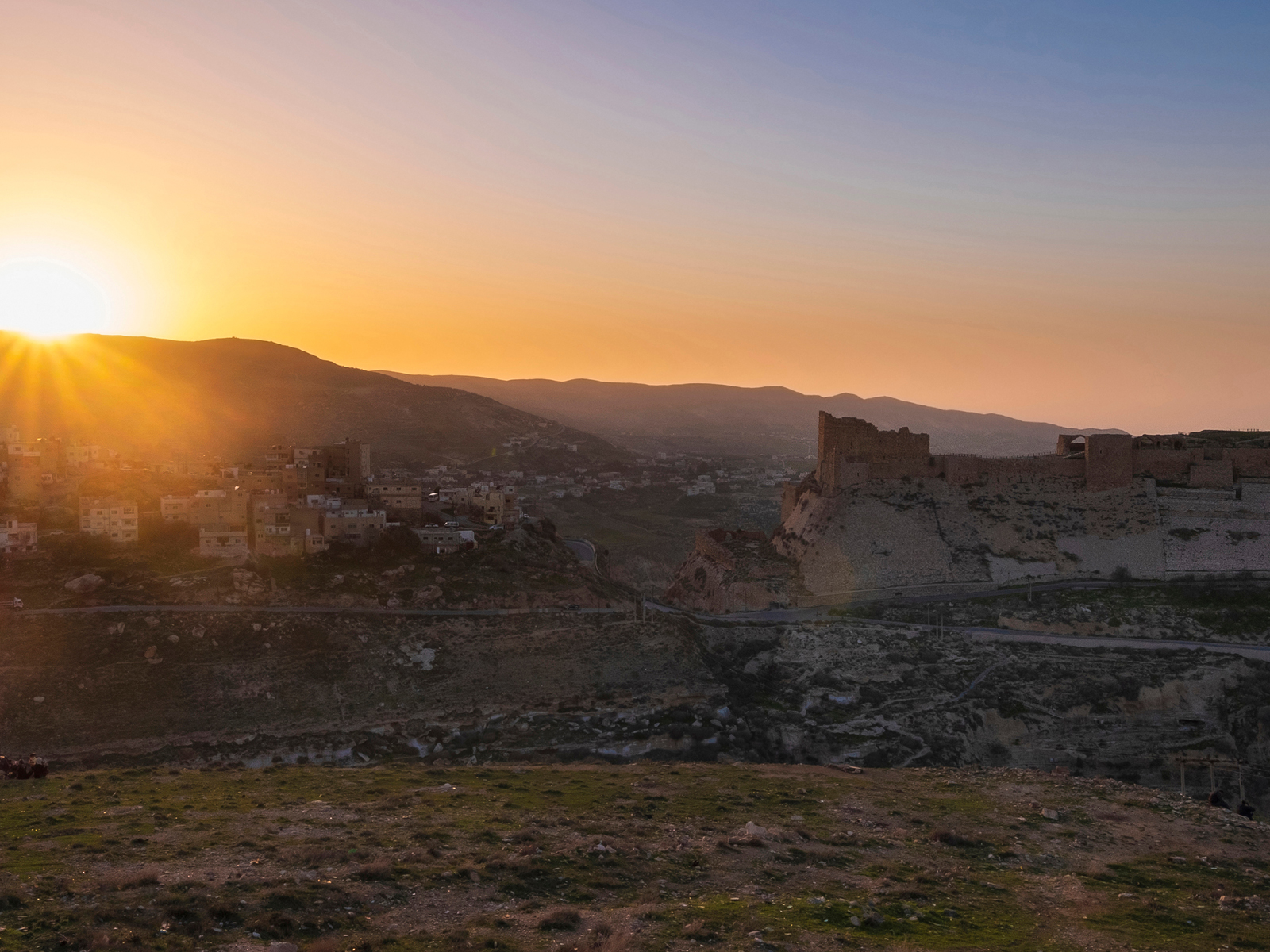 Kerak Castle and The Town

The town of Kerak is built on a triangular plateau, with the castle at its narrow southern tip. Throughout the castle, dark and roughly shaped Crusader masonry is easy to discern from the finely crafted blocks of lighter and softer limestone used in later Arab work.

New hotels in the immediate vicinity of the castle make it easy for visitors to spend as long as they wish in this enchanting region.

From Amman, head south. You can either take the desert highway (approximately 130 km from Amman / 2 hours drive) or you can take the more scenic Kings' highway or Dead Sea road.