Meet and assist at Queen Alia Airport by representative, and transfer to Petra.
Overnight in Petra.

After Breakfast, start a full day visit to Petra, The ancient city of Petra is one of Jordan’s national treasures and by far its best-known tourist attraction. Petra is the legacy of the Nabataeans, an industrious Arab people who settled in southern Jordan more than 2,000 years ago. Admired then for its refined culture, massive architecture and ingenious complex of dams and water channels, Petra is a UNESCO World Heritages Site and one of the new Seven Wonders of the World. Inhabited by the Nabateans, Edomites and Romans, Petra brought together the knowledge and skill of these civilizations to create this world wonder. Caravans laden with incense, silks, spices and other exotic goods would rest at Petra.

Drive to Wadi Rum, “The Valley of the Moon”, depicted as Mars in several Hollywood feature films. Wadi Rum is an Arabian fairy-tale waiting to be discovered. Home to nomadic Bedouin tribes, Wadi Rum is a quiet getaway of stars, sand, and sun; a perfect complement from Amman’s epicenter. Once inhabited by the Nabataeans of prehistoric times, Wadi Rum allows you to get lost in large landscapes and horizon lines. The calmness of the desert is sure to calm your spirit and de-clutter your thoughts. Wadi Rum is waiting for you.

After Breakfast, transfer to Amman Airport for departure. 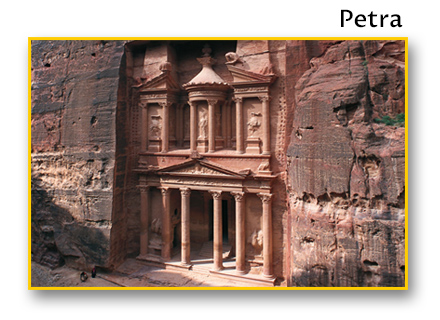 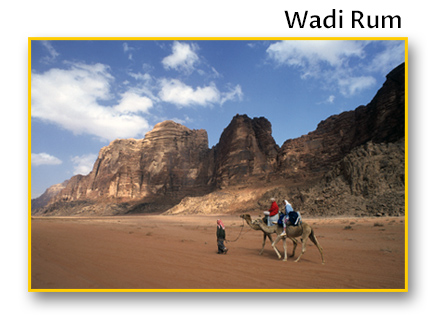