A close second to Petra on the list of favorite destinations in Jordan, the ancient city of Jerash boasts an unbroken chain of human occupation dating back more than 6500 years.

Conquered by General Pompey in 63 BC, it came under Roman rule and was one of the ten great Roman cities, the Decapolis League.

The city's golden age came under Roman rule, during which time it was known as Gerasa, and the site is now generally acknowledged to be one of the best preserved Roman provincial towns in the world.

The modern city of Jerash can be found to the east of the ruins. While the old and new share a city wall, careful preservation and planning has seen the city itself develop well away from the ruins so there is no encroachment on the sites of old.

Hidden for centuries in sand before being excavated and restored over the past 70 years, Jerash reveals a fine example of the grand, formal provincial Roman urbanism that is found throughout the Middle East, comprising paved and colonnaded streets, soaring hilltop temples, handsome theatres, spacious public squares and plazas, baths, fountains and city walls pierced by towers and gates.

Beneath its external Graeco-Roman veneer, Jerash also preserves a subtle blend of east and west. Its architecture, religion and languages reflect a process by which two powerful cultures meshed and coexisted - the Graeco-Roman world of the Mediterranean basin, and the ancient traditions of the Arab Orient.

Part of The Oval Plaza, Jerash

Ancient Jerash was an open city of freestanding structures richly embellished with marble and granite. Its engineering was so advanced that large parts of the city still survive today. Much more has been painstakingly restored by archaeological teams from around the world.

The Jerash Festival, held in July every year, transforms the ancient city into one of the world's liveliest and most spectacular cultural events. The festival features folklore dances by local and international groups, ballet, concerts, plays, opera, and sales of traditional handicrafts, all in the brilliantly floodlit dramatic surroundings of the Jerash ruins.

The ruins are extensive and impressive in Jerash. Highlights include:

Jerash is a great day-trip from Amman. From the Sport City interchange in Amman, head northwest past Jordan University; Jerash is 51 km from Amman. 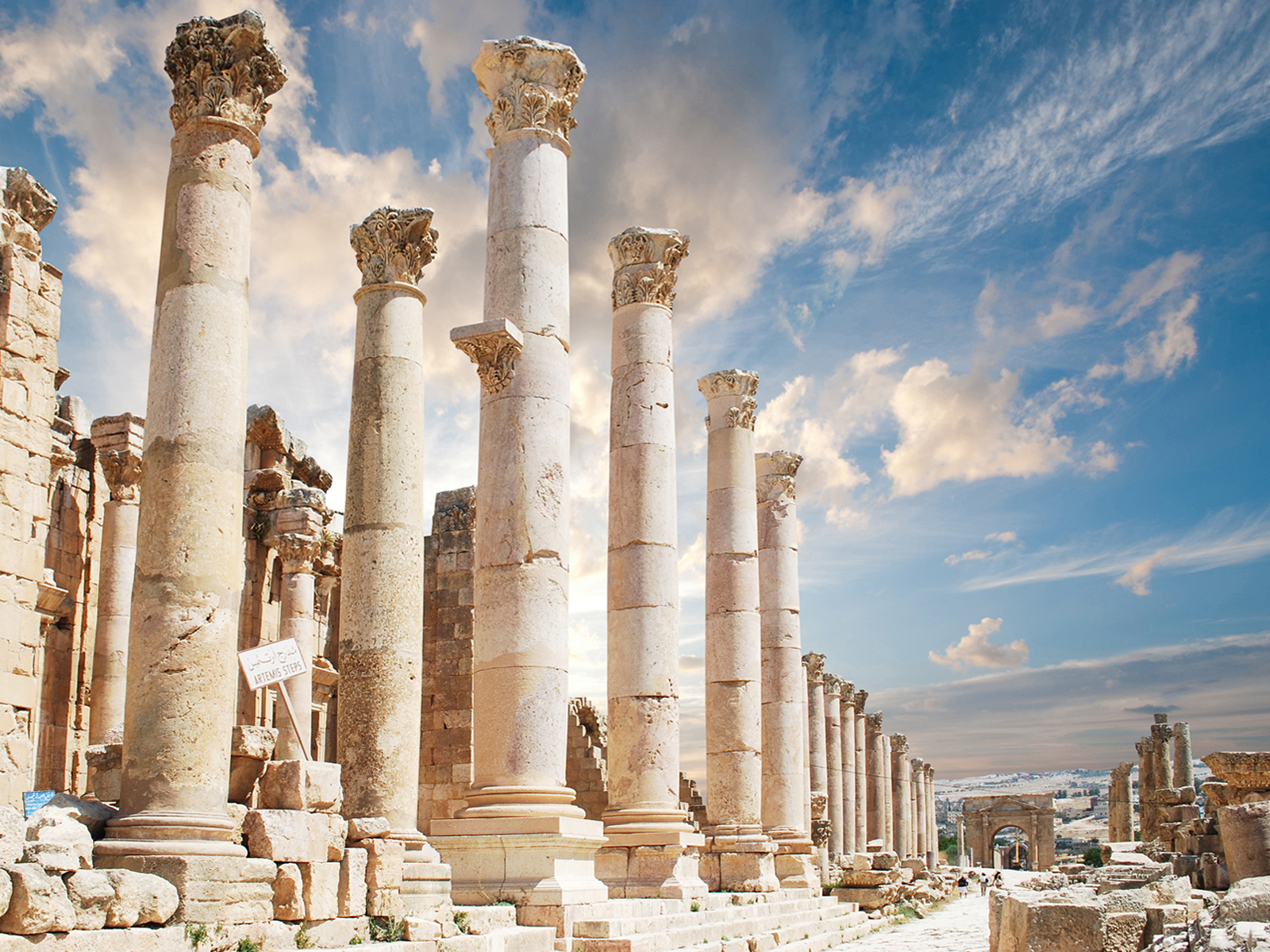