The marvels of nature and the genius of medieval Arab military architecture have given northern Jordan two of the most important ecological and historical attractions in the Middle East: the sprawling pine forests of the Ajloun-Dibeen area, and the towering Arab-Islamic castle at Ajloun, which aided in the defeat of the Crusaders eight centuries ago.

Ajloun Castle (Qal'at Ar-Rabad) was built by one of Saladin’s generals in 1184 AD to control the local iron mines and to deter the Franks from invading Ajloun. Ajloun Castle dominated the three main routes leading to the Jordan valley and protected the trade and commercial routes between Jordan and Syria. It became an important link in the defensive chain against the Crusaders, who unsuccessfully spent decades trying to capture the castle and the nearby village.

The original castle had four towers; arrow slits incorporated into the thick walls and was surrounded by a moat averaging 16 meters in width and up to 15 meters deep.

In 1215 AD, the Mameluke officer Izz Ed-Din Aybak expanded the castle by adding a new tower in the southeast corner and a bridge that can still be seen decorated with pigeon reliefs and shapes.

The Ajloun area has a long history of human settlement, due to its Mediterranean climate, dense forests and fertile soil. This rich history is reflected in the many archaeological ruins scattered in the woodlands and surrounding villages. 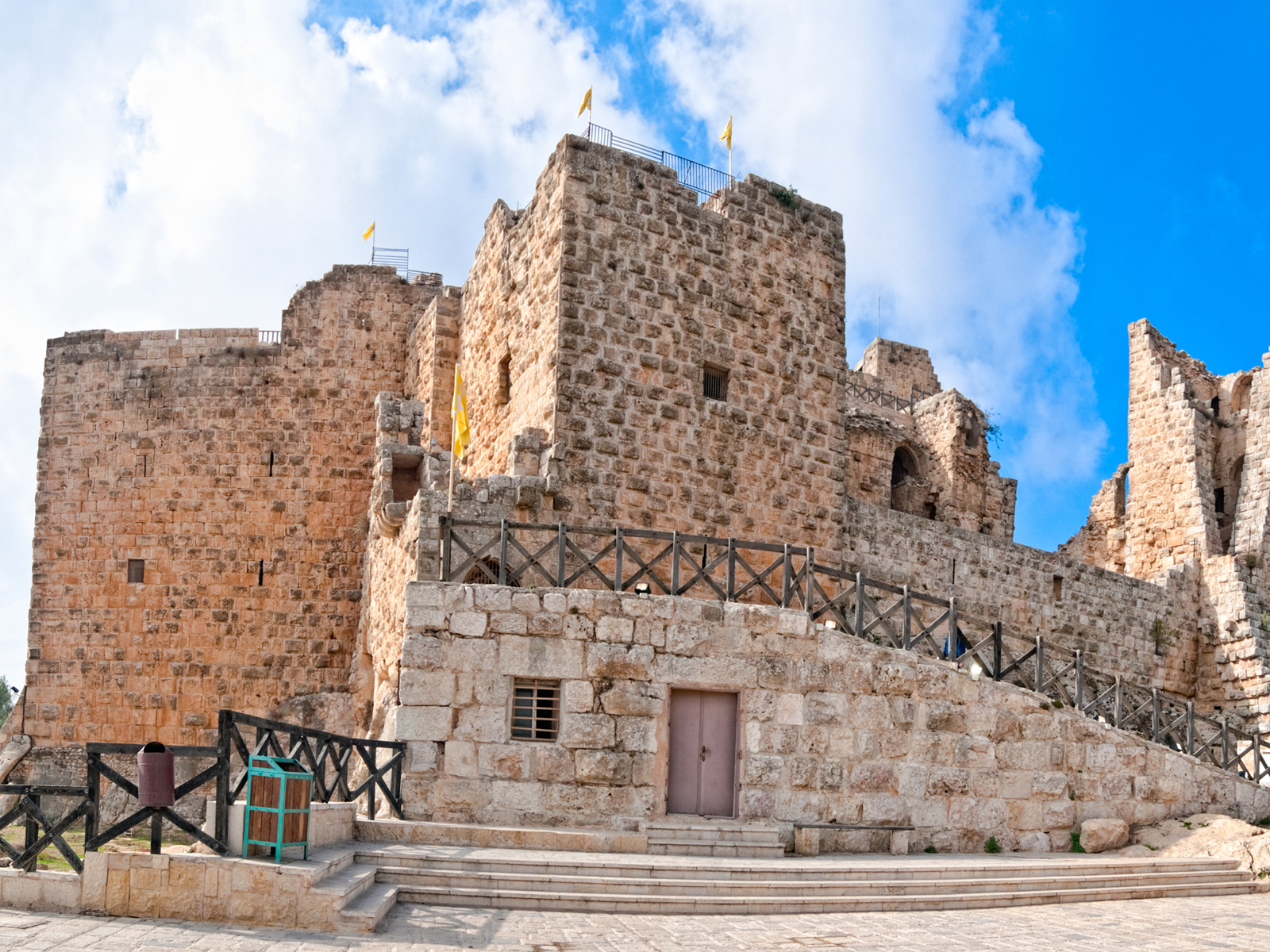 The Castle of Ajloun

New hotels in the immediate vicinity of the castle make it easy for visitors to spend as long as they wish in this enchanting region.

From Amman take the Zarqa-Mafraq highway north and follow the signs. A short journey west from Jerash, through pine forest and olive groves, brings you to the town of Ajloun.